65.  WWII 90th Bomb Group “Jolly Rogers” KIA Medal Grouping - AM, DFC, PH
Named grouping to Sgt Wade WAGNER who served in the 400th Bomb Squadron,, 90th Bomb Group. He was a gunner on a B-24 41-24068 “Jughead” went down on April 10, 1944 on a bombing mission to WEWAK. Comes with officially wartime government engraved Air Medal unnamed DFC and unnamed Purple Heart in Purple Heart case. He was from Greenville, NC. The local VFW in Pittsboro still bears his name in honor of his service. The wreckage of his plane and remains were found in May 1943. I found a copy of the report online.
$565 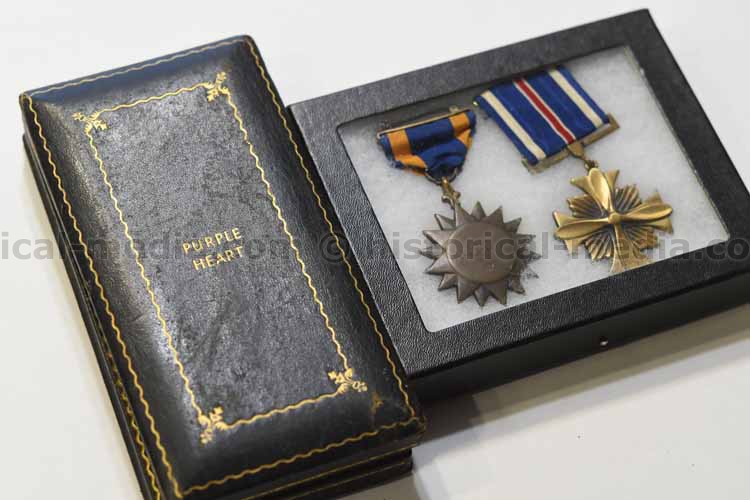 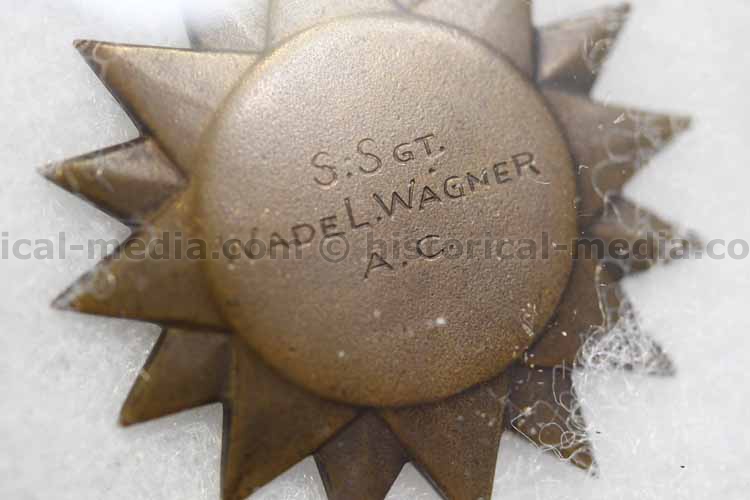 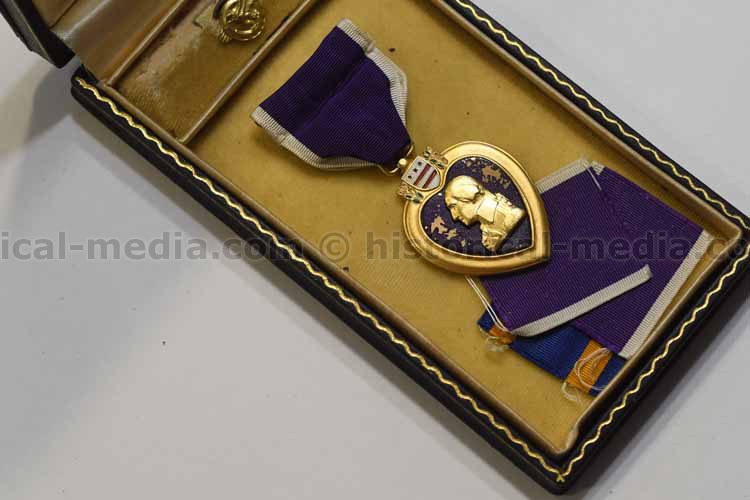 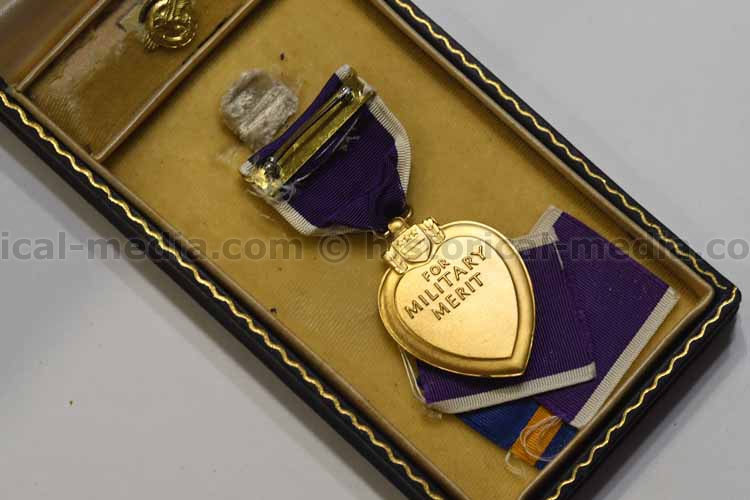