9.  US WWII PURPLE HEART Certificate KIA Grouping - B-24 Air Crew - 90th Bomb Group "Jolly Rogers" - "LITTLE EVA" - Historically Important
Grouping to Sgt. James B. HILTON who was KIA on Dec 1, 1942.  The aircraft, part of the 321st Squadron, 90th Bombardment Group based at Iron Range was returning with four other B-24s from a bombing raid on a Japanese troop convoy about 80 km north of Buna, Papua New Guinea. "Little Eva" lost touch with the other aircraft and returned to the base on its own. A severe thunderstorm disabled the radio, causing the flight to lose its way and run out of fuel. Lieutenant Norman Crosson, the pilot, gave orders to bail out. Most of the crew members parachuted to safety, however one was killed when his parachute snagged on the aircraft and another who did not jump was killed when the plane crashed at about 2:45am near the Burriejella waterhole. Their Plane was B-24 41-23762 "Little Eva." Comes with his formal official PH certificate, personal letter from Secretary of War Henry Stinson (original SIgnature), letters regarding his death form commanding officers, diplomas, copy of headstone application (showing he served with 90th Bomb Group). Details of the crash and the discovery of the crash site is detailed in the book: Savage Wilderness: The Epic Search For The Crew of Little Eva. Also details in: The Search That Never Was: The Untold Truth About The 1948-49 Search For Americal Personnel Missing In Action In The South Pacific.  I have made copies for the buyer of the group. GROUPING ALSO COMES WITH ORIGINAL COPY OF THE BOOK LITTLE EVA: THE ULTIMATE WWII SURVIVOR STORY.
$750
$325 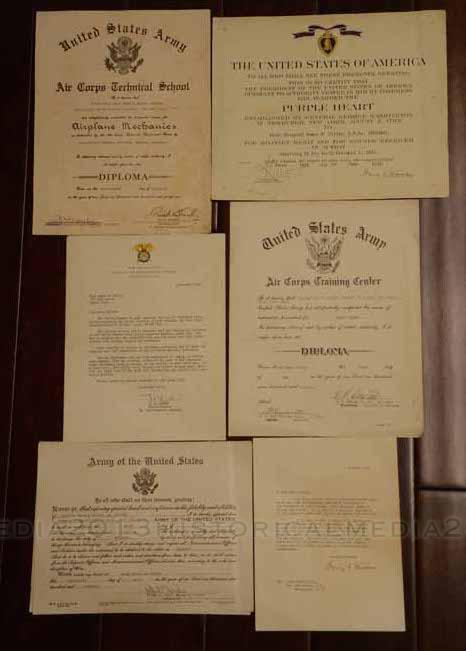 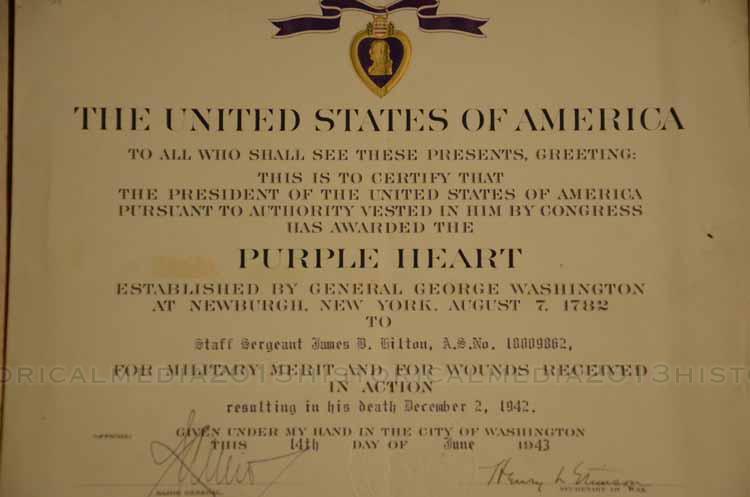 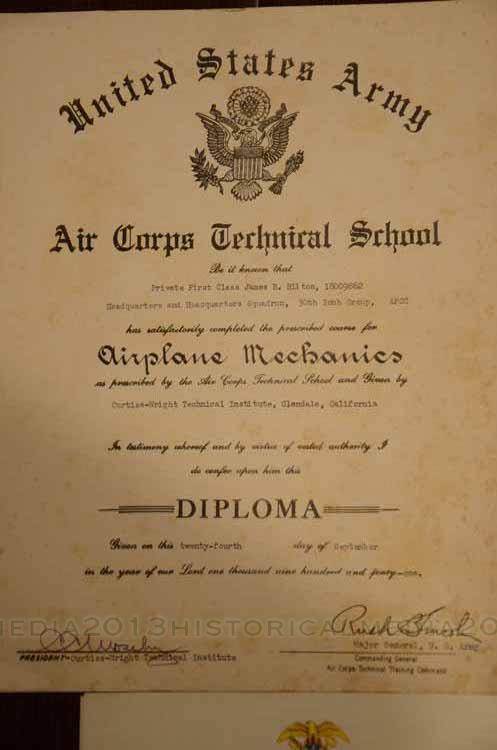 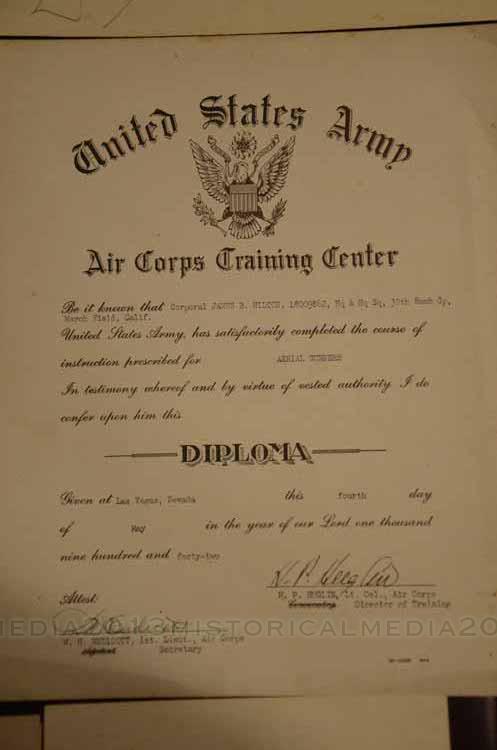 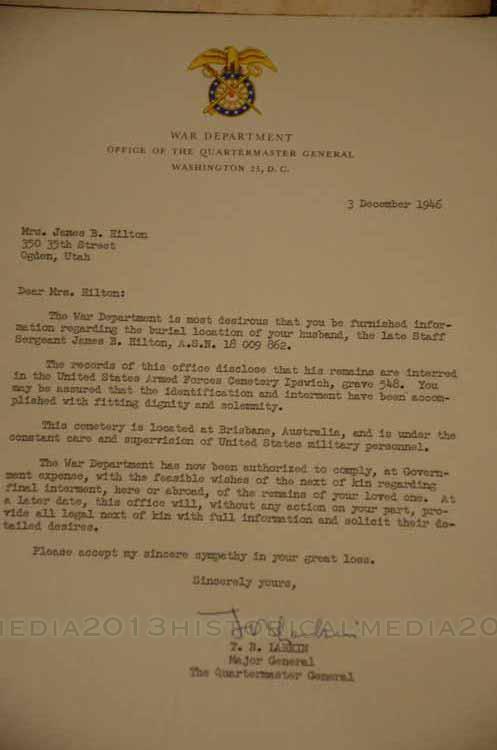 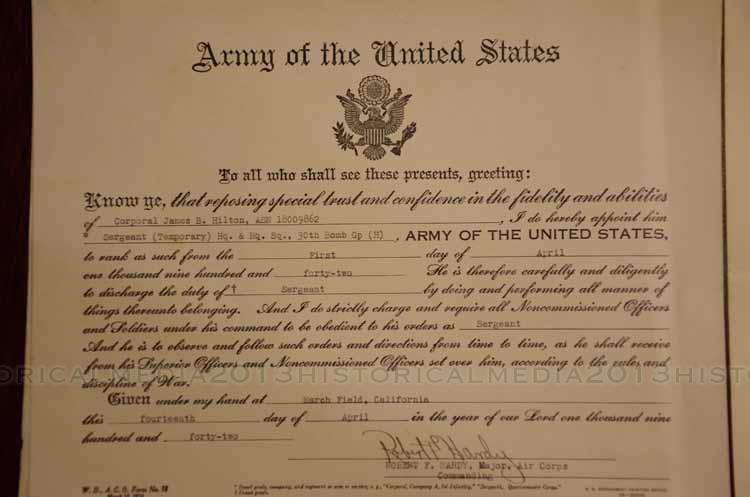 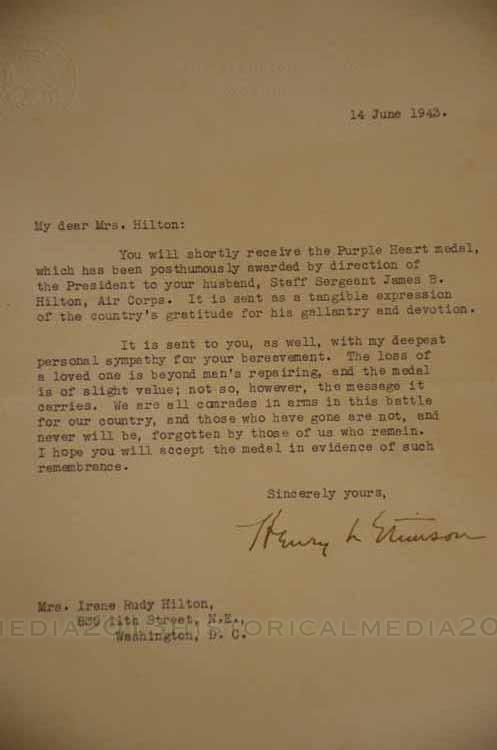 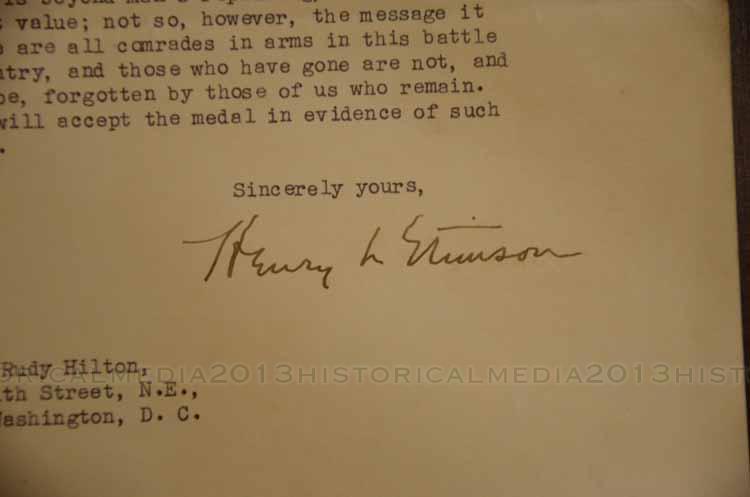 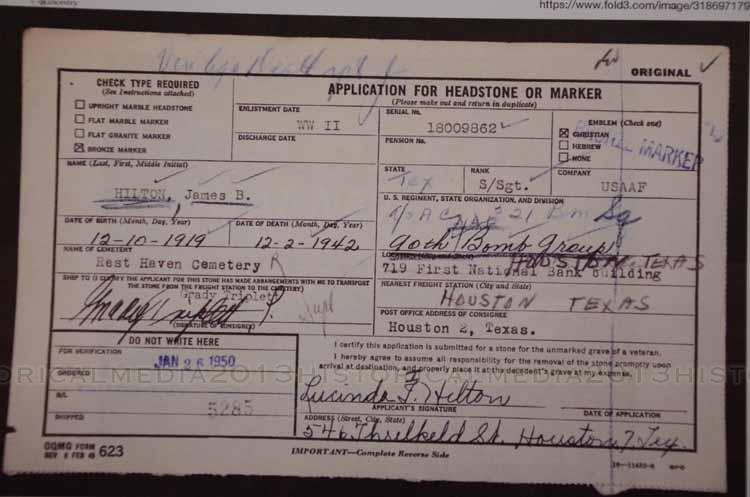 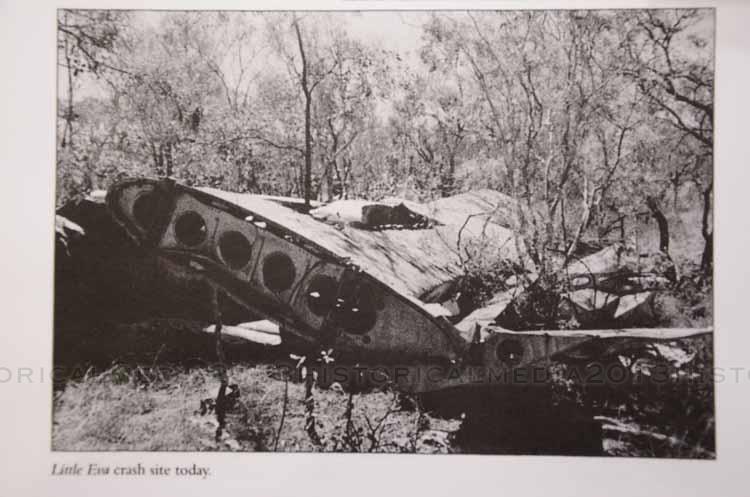 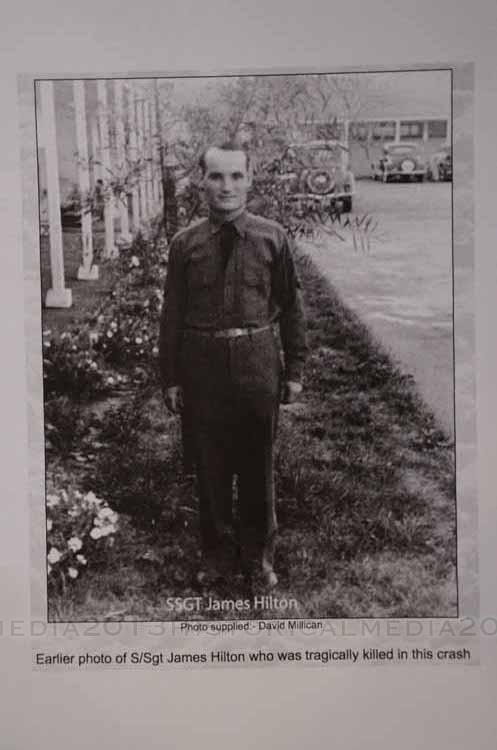 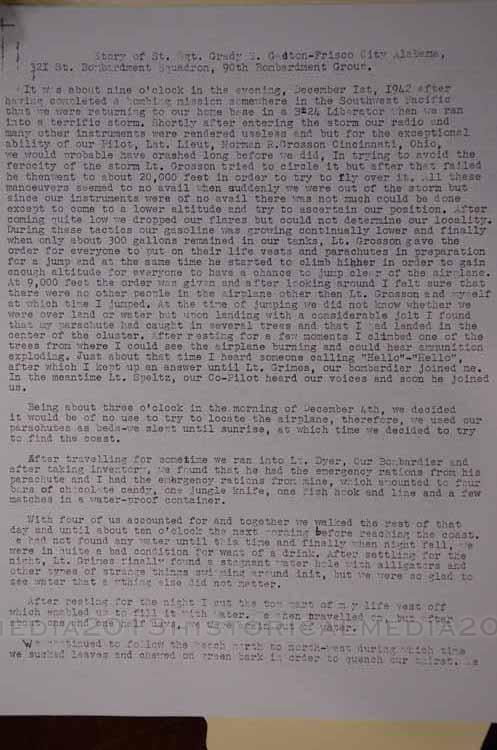 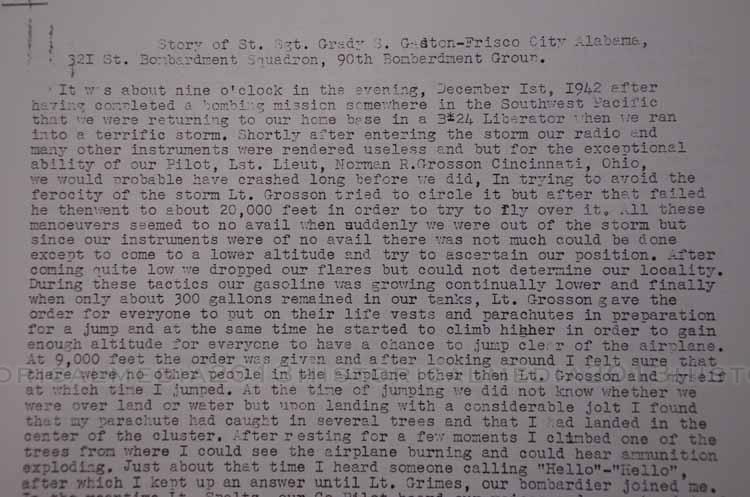 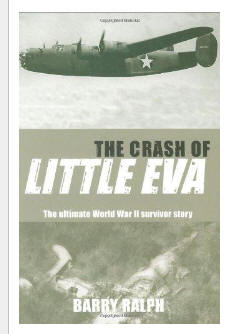